Hyderabad vs Rajasthan: The Battle of the Underdogs

Team Rajasthan had a miserable 2020 Indian T20 League, where they finished with the wooden spoon. Their performance in the last few years has been disappointing. The team hasn’t managed to reach a single final since their title-winning campaign in the inaugural season in 2008. This year, they are trying to win the league under the captaincy of Sanju Samson, who has replaced Steve Smith. Hyderabad, on the other hand, have been one of the consistent teams, who have reached the play-offs six times since 2013. Team Hyderabad won their maiden title in 2016.

The matches between these two teams have been closely fought over the years. Both the teams have locked horns 14 times, with each team winning 7 matches. 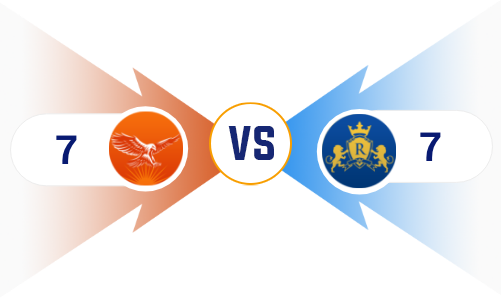 These two sides met in the Eliminator of the Indian T20 League 2013, where Rajasthan registered a 4-wicket victory over Hyderabad. From 2015 to 2017, Team Rajasthan was banned from the league.

After a dismal performance last year, Team Rajasthan had entered the tournament with much enthusiasm under a new captain but were jolted by two huge setbacks. When the T20 league resumes, Rajasthan will enter the field without Jos Buttler and Ben Stokes. They have roped in Evin Lewis and Oshane Thomas as replacements for Buttler and Stokes respectively. Here are a few key players who Rajasthan will rely heavily on:

Filled with power-packed performers, it is a battle to watch whenever Hyderabad and Rajasthan lock horns with each other. The Hyderabad vs Rajasthan stats mentioned here will help you select players who could be backed to come up with the highest fantasy points in the upcoming clash.

How many players have Hyderabad and Rajasthan bought in the Indian T20 League 2021 auction?

Which new players have Team Rajasthan signed for the second phase of the Indian T20 league?

Team Rajasthan had to put their thinking hat on and rope in quite a few players as many of their overseas players have opted out of the tournament for various reasons. They roped in World No.1 T20I bowler Tabraiz Shamsi as a replacement for Andrew Tye. He has previously played for Team Bangalore in 2016. They have signed the West Indian duo of Evin Lewis and Oshane Thomas to replace Jos Buttler and Ben Stokes. They have also roped in New Zealand’s Glenn Phillips.

What is the track record of Team Hyderabad and Team Rajasthan at the Dubai International Stadium?

Team Hyderabad has played 10 matches at this venue and won 6 times. On the other hand Team Rajasthan has a poor track record at this venue. They have played 7 matches in Dubai and emerged victorious only once.

How many teams have won batting first and while chasing at Dubai?

Dubai International Stadium has hosted 33 Indian T20 League matches so far. Teams batting first have won 17 times, while teams chasing have won 13 times. Three matches have gone on to the Super Over.