England vs West Indies – Rerun of the Epic 2016 Final

More than 5 years ago, these two teams played an unforgettable final. England had one hand on the T20 World Cup trophy until Carlos Brathwaite snatched it with 4 towering sixes in Ben Stokes’ final over at Eden Gardens. Apart from India and Sri Lanka, these are the only two teams to have appeared in 2 finals, with the West Indies being the only side to win the trophy both times. This October-November, in the UAE, they will target an unprecedented third title.

England, after being the laughing stock of white-ball cricket for so long, won the World T20 in 2010 led by Kevin Pietersen. But it was only after the Eoin Morgan-Trevor Bayliss duo took charge as captain and coach that they became a consistently top side. This England-West Indies cricket match will have a huge bearing on qualification from a group that also includes Australia and South Africa.

The Super 12 stage, which is the second round of the tournament, consists of 12 teams. The top 8 teams in the T20I rankings are joined by the 4 qualifiers from Round 1. The top 2 from each group will advance to the semi-finals.

The Super 12 stage, which is the second round of the tournament, consists of 12 teams. The top 8 teams in the T20I rankings are joined by the 4 qualifiers from Round 1. The top 2 from each group will advance to the semi-finals.

On paper, this is one of the closest match-ups in the game when you consider each format. Dig a little deeper, though, and you get a picture of West Indies cricket’s decline. Of the 93 matches played in the 21st century, England lead 53-29 in the head-to-head record. 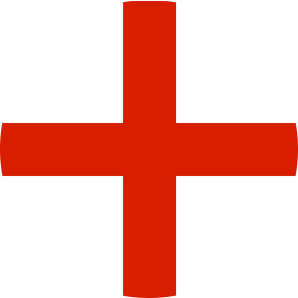 Morgan is the only link between England’s two global triumphs, the World T20 win in the Caribbean in 2010 and the World Cup win on home soil in 2019. Though he first caught the selector’s eye in his country of origin Ireland, he never hid his ambition to eventually play for England. Now no one has represented England in more ODIs and T20s than Morgan has. If he can go one better than in 2016, it will add one more chapter to his white-ball-legend story.

In so many ways, Pollard was a pioneer. A marquee signing in the Indian T20 League even before he was an established international player, Pollard was also one of the first to choose the freelance T20 route over the traditional international cricket calendar. Only Chris Gayle has scored more runs in T20 cricket, and as a captain, Pollard will be aiming to ensure that the West Indies are the first team to retain the T20 World Cup.

What is the West Indies’ unique record against England in global tournaments?

Carlos Brathwaite stole the show with his 4 sixes, but who was adjudged the Man of the Match in the World T20 final in 2016?

Marlon Samuels, for his unbeaten 66-ball 85.