India vs Afghanistan – The Giants against the New Kids

Over the years, because of the security problems in the country, Afghanistan have had 3 “home” grounds in India, while some of their players have become icons of the Indian T20 League and other marquee competitions around the world. What they haven’t yet done, though, is beat India, and they will be aiming to change that in the T20 World Cup in the UAE in October-November 2021.

India, the winners of the first edition of the tournament, were Afghanistan’s first opponents when the latter played their first international tournament, the World T20 in 2010. The two teams have met just once more in the competition since then. With New Zealand and Pakistan also in the same group, this India-Afghanistan cricket match is one that both teams will view as a big stepping stone to the semi-finals.

Afghanistan are yet to beat India in an international match, though they have hardly played together since their first meeting in 2010. They did come close at the Asia Cup in 2018, when Afghanistan tied their match with India.


India vs Afghanistan in World Tournaments 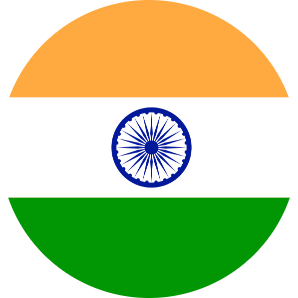 Kohli was adjudged the Player of the Tournament at the last two T20 World Cups, but even his brilliance couldn’t prevent India’s losses in the final (2014) and semi-final (2016). Since leading India to the Under-19 World Cup in 2008, he has also been part of famous victories at the 2011 World Cup and the 2013 Champions Trophy. And though he has fallen a little short of his own high standards in the past year, his record of averaging over 50 in each of the three formats is unmatched.

Nabi has been ever-present as Afghanistan cricket climbed up the rankings. From repeatedly smashing MCC bowlers on to the Western Railway tracks in Mumbai as a 21-year-old during a game in 2006 to leading his team in global events, Nabi’s journey has been interesting. Though 36 now, he remains a big hitter and his tidy off-spin has often been used even in the Power Play overs. After the recent political turmoil in Afghanistan, the board has again opted for a captain noted for his calm temperament.

What is Noor Ali Zadran’s claim to fame?

Ali scored Afghanistan’s first runs at a global tournament, and their first 50 as well, which came against India in the 2010 edition of the T20 World Cup.

Whose selection in the Indian T20 League 2017 auction was an indicator of how far Afghanistan had progressed in a decade?

Both Mohammad Nabi and Rashid Khan were selected by the Hyderabad franchise. Rashid has gone on to become one of the team’s key players.

Which Afghan player broke MS Dhoni’s record of 41 wins as a T20I captain?

Former Afghanistan captain Asghar Afghan won 42 of his 52 games as the team leader.