We are trusted by over 20 million players and you can count on us too. On Howzat, millions of people are making their fantasy teams and winning every day.

We value your opinion as we strive to build the best fantasy sports app and fantasy sport website in India. If you are happy with our game and services, please send us an email describing your experience with us along with your photograph, or a video at email address. We will be more than happy to publish your testimonial on our website.

With over 20 million registered players,
Howzat is one of India’s most loved fantasy sports apps. Check out what our users have to say about us.

Ramprakash from Nagaur, Rajasthan, won the mega 1st prize (Car) in the Lucknow vs. Chennai match this Indian T20 League season and got all his wishes fulfilled. See why playing on Howzat has been an experience of a lifetime for him.

Malti Devi from Kakori, Lucknow, selected a team for the first time in the Rajasthan vs. Delhi match with the help of her son and won a brand new Royal Enfield motorbike along with a handsome cash prize. She says if she can win on Howzat, anyone can win by playing fantasy cricket here.

Kuldeep Patil from Kolhapur, Maharashtra, started playing on Howzat after hearing about it from many of his friends. He won a big cash prize in the Punjab vs. Bangalore match. Hear him tell about so many unique features of Howzat.

Karthik Negi from Uttarakhand has been playing on Howzat since 2020. Recently in the Delhi vs. Bangalore T20 match, he won the mega cash prize and it was instantly credited to his bank account. See him talk about why he keeps playing on the Howzat app.

Bharat Kumar from Gujarat won the grand prize of ₹4.41 lakhs in the Punjab vs. Gujarat match in the Indian T20 League. Playing on a simple and safe app like Hozwat with real and genuine users, he was able to win such a big cash amount.

Bikash Das from West Bengal is a regular player on Howzat. Whenever he plays on the app, he wins exciting cash prizes. Playing on Howzat after a long day of work makes him relaxed and offers like First Game Free let him play on the app without any worries.

“Recently I won Rs. 50,000 in a Grand League contest on Howzat. This has been a blessing for me in the middle of the Covid-19 pandemic. I love the Howzat app.”

“I love playing and watching cricket. I saw an advertisement for Howzat on Facebook and downloaded the app. Till now I have won Rs. 44,000 by playing on Howzat.”

“I have a lot of interest in cricket. My hobby is to collect information and learn more about it. I have been playing on Howzat since last year. It is very easy to withdraw your winning amount from Howzat.”

“I have loved watching cricket since childhood. I got to know about the Howzat fantasy app from a customer. I have won Rs. 25,500 in the last eight months. It takes just 5 minutes to make a team on Howzat. I will recommend it to everyone.”

“I like playing and watching cricket. Due to work, I am not able to play much. Then I got to know about Howzat from Facebook. I have won Rs. 28,200 in the last nine months. I make multiple teams for one match and win.”

“Last month I won Rs.16,500 on Howzat. Unlike on any other app, you get extra money on depositing here. After winning, the amount gets transferred to your bank account within minutes.”

“Last month I got to know about Howzat from one of my friends. I started playing on it daily. I love taking risks and make multiple teams for a match. You get 10% cashback on joining with multiple teams here. It does not happen anywhere else.”

“Last week I won 9000 rupees on Howzat. And that too in only one cricket match. On top of that, by sharing this app to my friends on Facebook and Whatsapp, I received 500 rupees more!.”

I love playing on Howzat! It’s a good app to win big money even with small amounts. I recently won Rs. 10,000 in the Australia T20 League.

Howzat is a really good app where real players make teams. I am very happy that I won Rs. 8263 in a T20 series on this app!

I am very happy that I won Rs. 15000 on Howzat in the Australia T20 series! I love playing fantasy cricket on the Howzat app, it is really cool! I'm very happy winning Rs. 9537 in a recent T20 series. Howzat is a really nice app where you can play with real players! 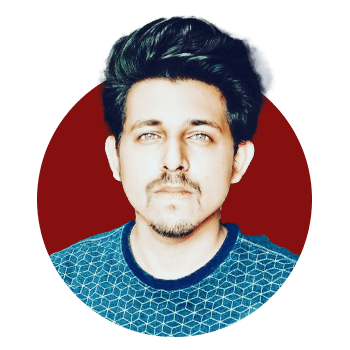 Howzat is an easy to use app with great rewards and good chances of winning with fantasy cricket! Withdrawals are also very fast!

In my second game itself, I won Rs. 1,25,000 on Howzat. The players are real here and the withdrawal process is very smooth. Thank you so much Howzat for this opportunity.

I won Rs. 1,75,000 on Howzat during the Indian T20 League last year. Felt like a dream come true. I could buy a bike for myself with that money. Will forever be grateful to Howzat for this wonderful opportunity!

I played the mega league contest on Howzat and won Rs. 4,39,00 in it. The app is super easy to use. Match winnings are also credited almost immediately. And I totally love how there are a variety of games on Howzat.

My friend referred Howzat to me. Once I started playing on it, I realised this could be my chance to use my cricket knowledge and win big cash rewards. One can win exciting and amazing cash rewards by playing here. It’s the best fantasy sports app in the market at the moment.

I’ve been playing on Howzat for the last 2 years. I recently won a whopping Rs. 2,25,000 on the Howzat app, thanks to their amazing Beat the Legends contest. I’m glad that through Howzat I got a chance to put my cricket knowledge to good use and earn money at the same time.

It has been a great experience playing on Howzat. I won Rs. 2,75,000 during the Kolkata vs Rajasthan match. My happiness knew no bounds when I got to know I am the winner of that contest. I am looking forward to playing more games and winning more cash rewards on Howzat.