Cardiff failed to deliver the goods for the hosts as the England team suffered a 58-run loss at the hands of South Africa. The Three Lions were second best in most of the areas and have now put pressure on themselves ahead of the final showdown in Southampton. This is the fourth limited-overs tournament they are taking part in this month but are yet to win even a single one.

England would have preferred to rest a few of their stars for the final showdown had they won the series, given the kind of schedule they have coming up . However, their senior in-form players such as J. Bairstow, J. Buttler, M. Ali cannot expect much respite, given the precarious situation they find themselves in.

The South African team will be equally busy for the remainder of the year and will be on the road for most of the time. They will play yet another T20 series against Ireland before their 3 Tests against England. That will be followed by a T20 and ODI series against India before they head to Australia for the T20 World Cup. Having another bilateral T20 trophy under their belt will give them a boost.

The temperature at Rose Bowl, Southampton, is expected to be around 25 degrees. However, a fact that will worry fans will be the prediction of rain.

The pitch will offer plenty of swing to fast bowlers, specifically early on in the innings. So it gets difficult for top-order batters to get themselves going. There is something on offer for spinners as well. The average first innings score at Southampton has been 174 runs.

The team batting first has won 3 of the last 5 matches and a overally of 6 wins in 10 matches played here. Therefore, the team winning the toss might prefer to bat first. 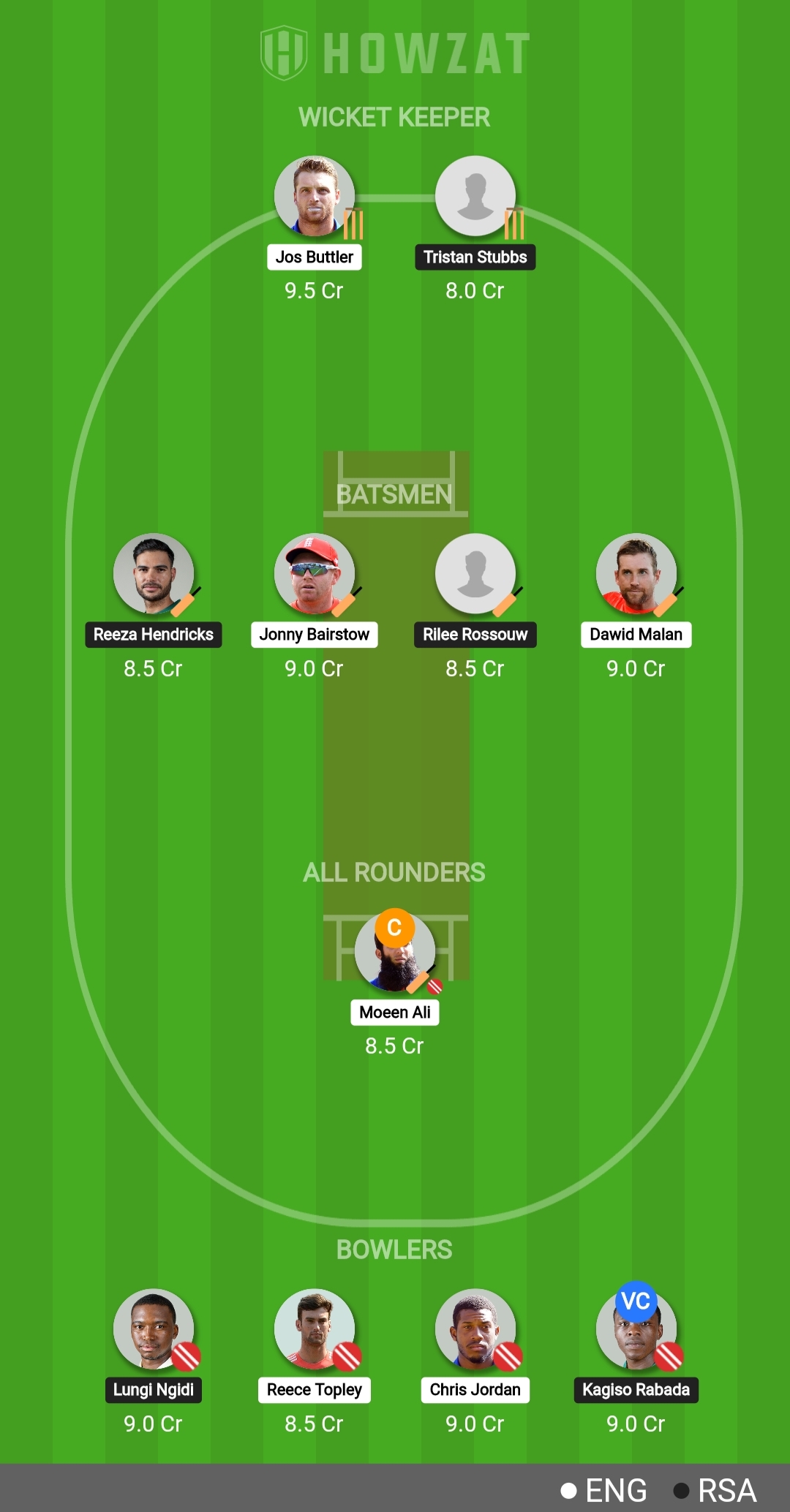 NOTE: The Howzat team above is just a suggestion. You can select your own team from today’s fantasy match prediction and play all the fantasy cricket matches of the South Africa Tour of England 2022. Also, don’t forget to make any necessary changes to your team once the actual playing 11 is announced by each team (30 minutes before the start of the match) as some players you have selected might not be part of the team playing.

Download the Howzat fantasy app and select your own team today!