Back when T20 cricket was in its infancy, West Indies won 4 of the first 6 matches they played against India. Since then, there have been just 2 wins in 15 games, including losing streaks of 7 and 5 (now). The days of dominating the T20 arena and winning the World Cup in 2012 and 2016, seem a distant memory.

For the West Indies, the consistency is missing. The batters have the power-hitting game but the ability to rotate strike needs to be added to that. Mayers and Brooks started the innings brightly but as soon as the Indian spinners came on, Pooran and co. struggled to keep up to the run-rate. They lost the game by a big margin of 68 runs.

India themselves haven’t won the big prize since 2007, but seems far better placed ahead of the T20 World Cup in Australia in October. The depth in the squad is proof enough, with the likes of Arshdeep and Bishnoi slotting in effortlessly in place of the likes of Bumrah and Chahal.

With Virat and KL Rahul also missing the series, there’s a big opportunity for the likes of Iyer and Suryakumar to show that they can be central to the World Cup campaign. India are also rotating their spin options to see which of Ashwin, Jadeja, and Kuldeep will provide the best support for Chahal. The off-spin of Hooda, who doubles up as a top-order hitter, comes into the mix as well.

The teams have left Trinidad and now journey north in the Caribbean to St Kitts and Nevis. There won’t be much change in the weather though, with a temperature of 31°C likely at the start of play.

In 8 completed T20I matches dating back to 2009, only once has a team scored more than 150. That would suggest pitches loaded in favour of the bowlers. But two years ago, West Indies did chase down a target of 139 in just 11 over, albeit against Ireland.

A sample size of 8 games across 13 years isn’t much to go on, but the teams will surely be influenced by the fact that the chasing side has won 6 of those matches. 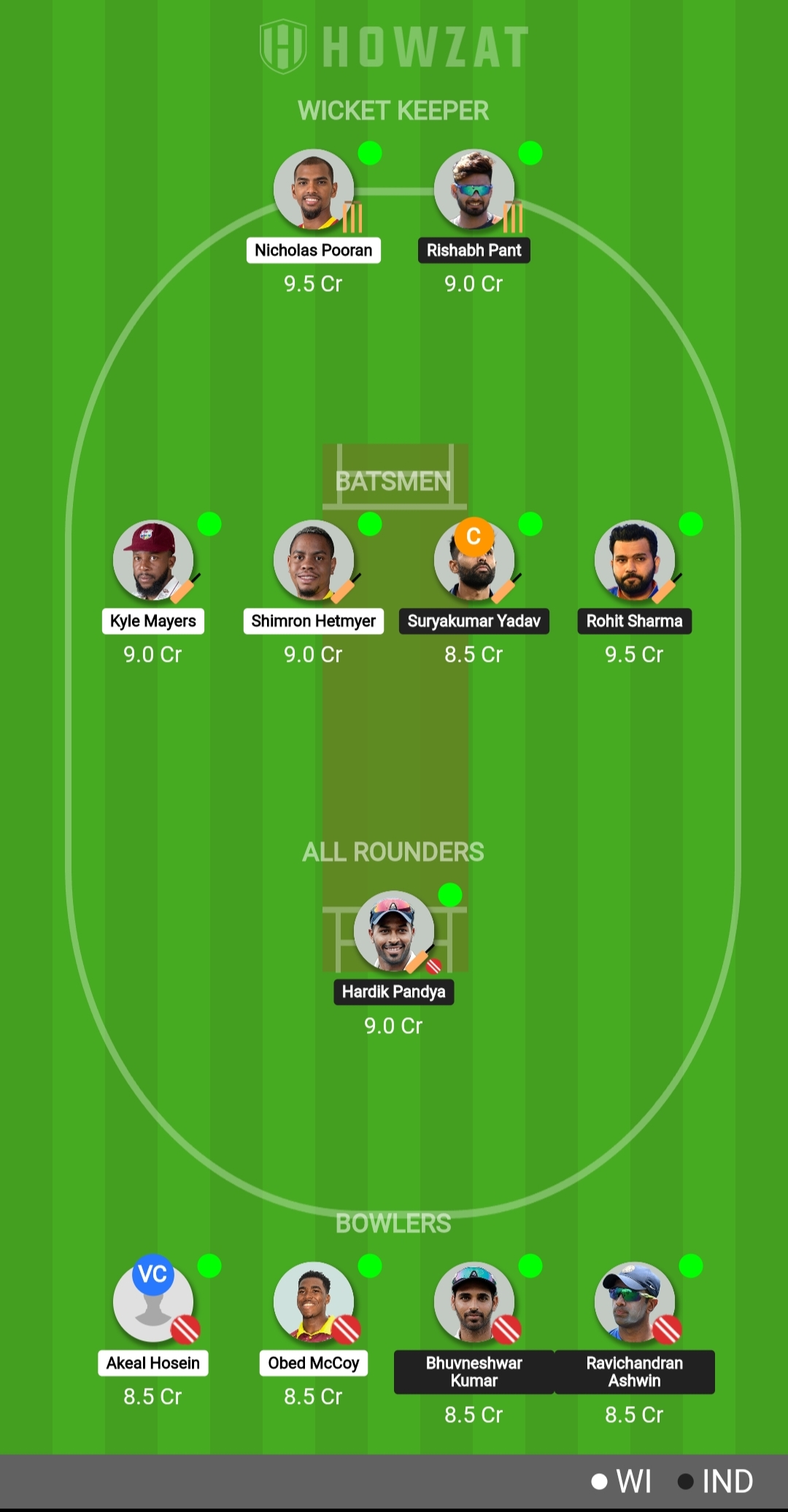