After O. McCoy’s thrilling spell of 6-17 snapped a 5-game losing streak for the West Indies against India in T20Is, S. Yadav’s stroke-filled 76 led an Indian romp to victory in the 3rd T20 at St. Kitts.

For India, with only a handful matches left before finalizing a squad for the T20 World Cup, it’s a matter of identifying those who can fill the gaps in the squad. Will R. Sharma be fit to captain after retiring hurt in the last match.

West Indies need more consistency and runs from the experienced duo of N. Pooran and S. Hetmyer. O. McCoy has been the pick of the bowling unit so far, but the support seamers haven’t really impressed.

There could be a brief shower around the scheduled start of play. The temperature should be as high as 32°C later in the afternoon.

In 11 completed matches at the venue, there have been 3 totals in excess of 200, and another 2 over 180. India scored 167 in their last match here three years ago.

This has clearly been a bat-first venue, with the team setting the target winning 9 out of 11 games. 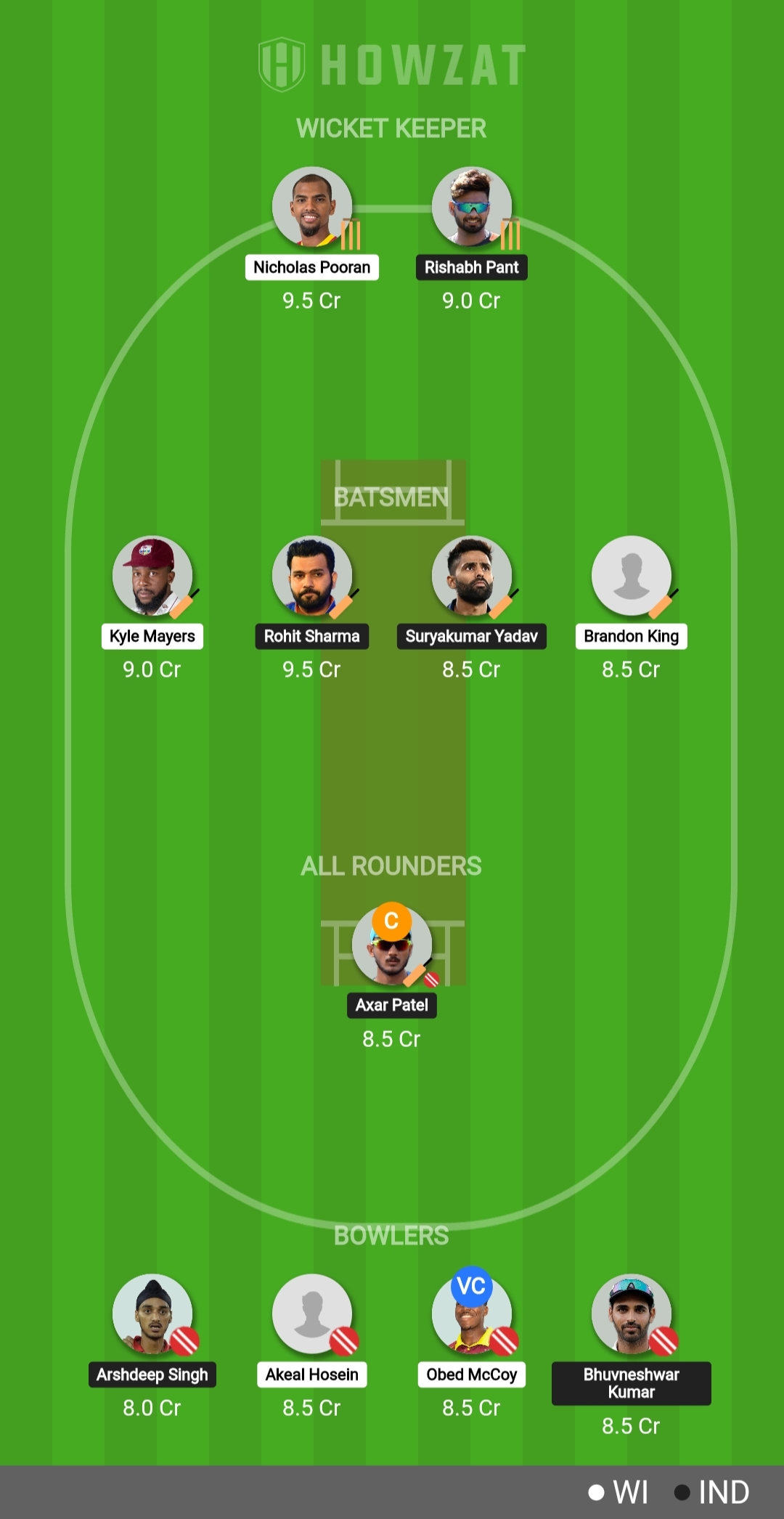 NOTE: The Howzat team above is just a suggestion. You can select your own team and play all the fantasy cricket matches of the India Tour of West Indies 2022. Also, don’t forget to make any necessary changes to your team once the playing 11 is announced by each team (30 minutes before the start of the match).