A lot can change in 6 years. Back in March 2016, West Indies’ batting firepower blew the Indian cricket team away in a T20 World Cup semifinal at the Wankhede Stadium in Mumbai. Despite a magnificent knock from V. Kohli, India had no answers to the big hitting of L. Simmons and A. Russell.

In their last 10 T20Is against each other though, India have won 9. West Indies, world champions in 2012 and 2016, have the talent as they showed recently while beating Bangladesh 2-0 in the recent T20 series. But now, N. Pooran and his teammates have to find the consistency that has been missing in recent seasons.

India head into this series without several big names - Kohli, Bumrah and Chahal are all rested, while KL Rahul still isn’t fit enough to play. This almost certainly means that R. Pant will continue to open alongside captain R. Sharma as he did in the last 2 matches in England.

With the ball, R Ashwin has a chance to prove that he has the tricks to accompany Chahal in the World Cup squad. Both Kuldeep and Bishnoi would be considered back-up options when India are at full strength. Arshdeep, Avesh and, most notably, H. Patel, will also get chances to press their cases for World Cup selection.

The rain that disrupted the final ODI in Trinidad should stay away, and the temperature will be around 31°C at the start of play. In the afternoon, it may go as high as 33°C.

This is the first T20I to be played at a venue that was originally meant to be ready for the 2007 World Cup in the Caribbean. The bowlers should enjoy the slow pitch conditions. In 30 domestic T20s played here, the average first-innings score is just 141 runs.

Of the Caribbean T20 League and other T20 matches played here over the years, 17 have been won by the team batting second. Teams batting first have won on 13 occasions. 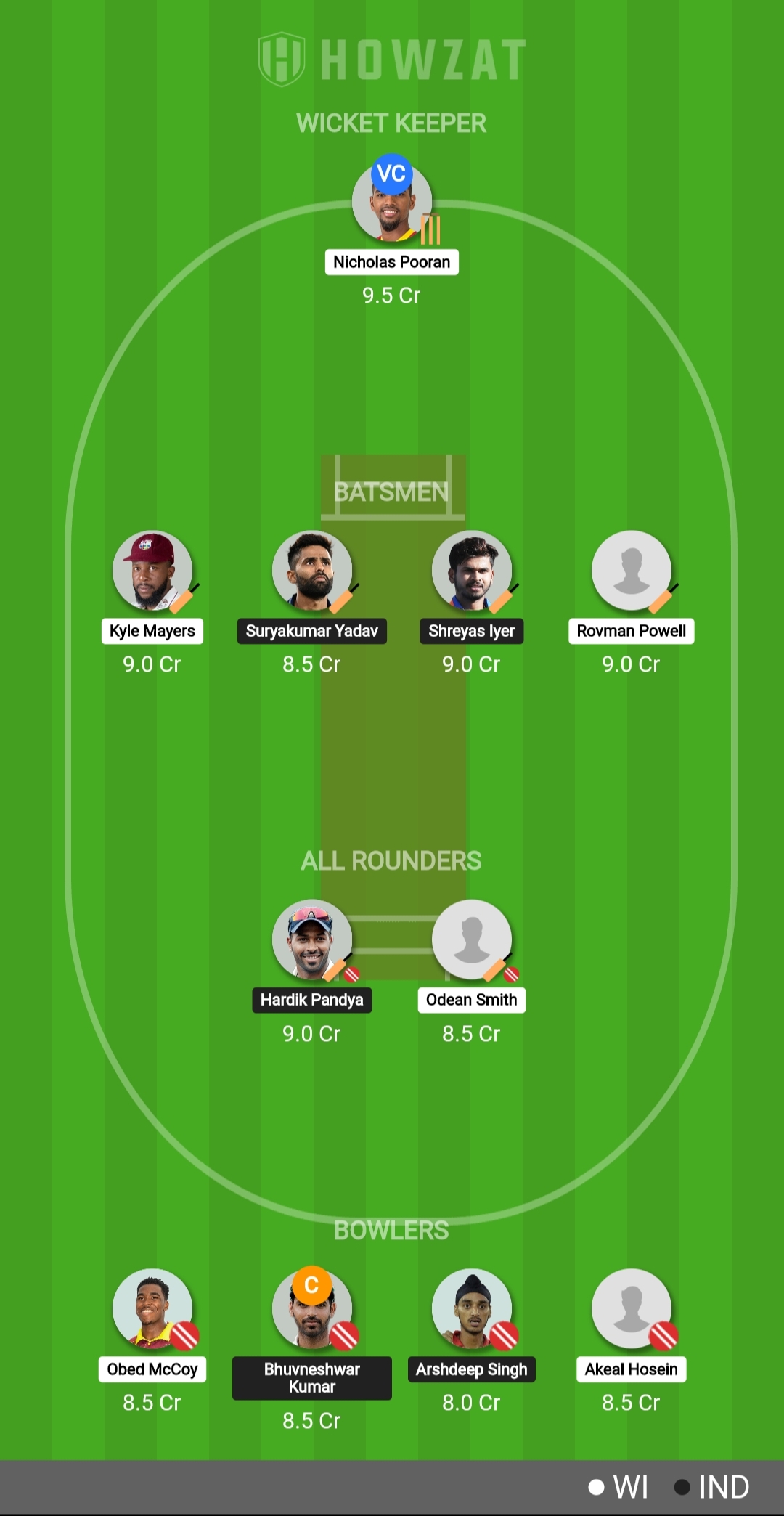