It’s a sign of how low West Indies’ cricket’s fortunes have plummeted that pushing an Indian cricket team missing half a dozen first-choice players to the limit is being considered a sign of progress. P. Simmons, their coach, was part of a mighty team that hammered India 6-1 on their turf in 1987-88. Now, his side have lost 7 games in a row to India, and 8 ODIs in succession.

India have used this series to take a good look at the bench strength. The likes of S. Gill, S. Samson, A. Patel and M. Siraj made good use of their opportunities, but more was expected from players like S. Yadav and P. Krishna. A. Khan struggled on his ODI debut, but may get one more chance, while India will also hope that Y. Chahal can put a rare blip behind him.

S. Hope scored a fine hundred in the second game, but the West Indies opener was once again criticized for his scoring rate. The bowlers, especially the new-ball duo of A. Joseph and J. Seales, kept India in check for most of the chase, only for two sloppy overs at the death and A. Patel’s thrilling hitting to cost them the game.

This series is not part of the World Cup Super League, and India may already have clinched it, but there’s plenty at stake for both teams in the final match of the series. Indian eyes will be on making next year’s World Cup squad, while West Indies – once the kings of world cricket – will be desperate to simply get back to winning ways.

Passing showers are forecast for the afternoon, though they shouldn’t stop the match from being completed. The temperature will be around 29°C at the start of play, going up to about 31°C by noon.

The two matches played so far have made a mockery of the Queen’s Park Oval’s historic reputation as a low-scoring venue. Though there has been some encouragement for the pace bowlers in particular, both teams have crossed the 300-run mark in each game. Expect more of the same in this match as well.

India’s tense 2-wicket win in the second game was only the 3rd time in 9 matches across the past decade that the chasing side has won at this venue. Batting first remains the favored option here. 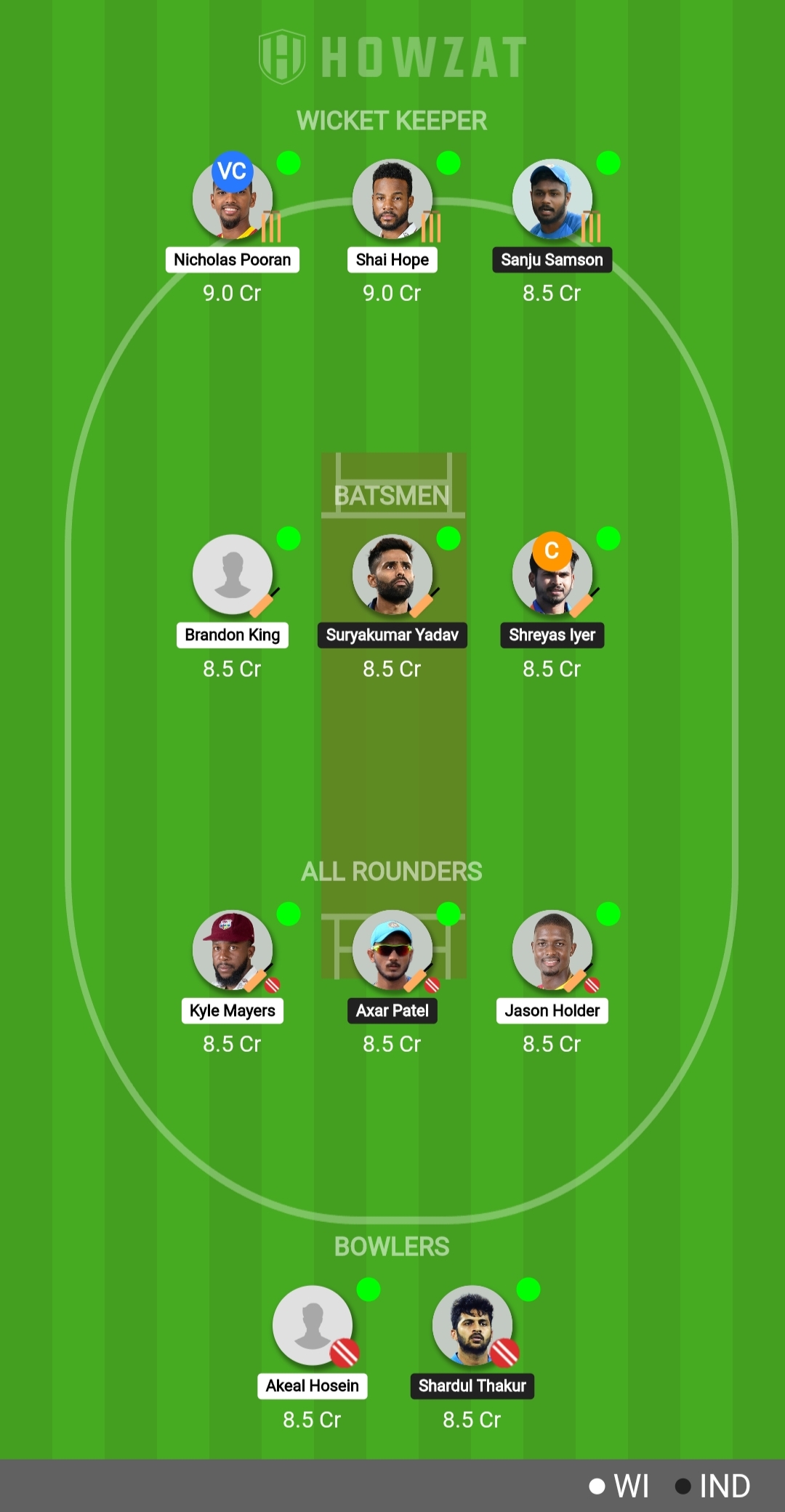 Download one of the favorite fantasy app and select your own team, Howzat!